Overview of the year

PSAA had a successful third operating year in 2017/18, with the implementation of our ‘appointing person’ collective auditor appointment scheme for principal local government and police bodies. The twin objectives driving PSAA’s design for these arrangements were to secure value for money and audit quality for bodies that opted into the scheme.

Having achieved a 98 per cent take-up for the scheme from eligible bodies, we undertook a complex procurement to let contracts for audit services worth £140 million over five years. We awarded six audit services contracts, the target number set in our procurement strategy, which we believe will help to sustain breadth of supply in the local audit market. We consulted on and confirmed auditor appointments under the new contracts for the 484 opted-in bodies, with a very high level of support for our proposals.

The company consulted on and confirmed the 2018/19 fee scale, at the same time outlining our thinking in relation to the fee strategy for the medium term. The savings made as a result of the procurement, as well as PSAA’s own internal cost efficiencies, have enabled a reduction of 23 per cent in 2018/19 scale fees for opted-in bodies. We hope, if possible, to maintain fee stability at this level for at least the first three years of the appointing period.

The new contracts began on 1 April 2018, the start of the appointing period, and are structured to enable PSAA to discharge its statutory appointing person responsibilities for the five years 2018/19 to 2022/23. The company has worked hard to understand the priorities and preferences of bodies eligible to join its scheme, and we have put engagement and consultation at the heart of our work in developing the national arrangements. Our Advisory Panel, whose members represent the different types of opted-in bodies, has provided helpful feedback and insights into all aspects of our policy making and has enabled the company to adopt approaches which work for opted-in bodies.

We have been developing our approach for managing the new audit contracts, giving priority to monitoring and reporting on audit quality and contract compliance. The company is also establishing the Local Audit Quality Forum, which will place particular emphasis on supporting the effectiveness of local audit committees on audit quality.

The company confirmed membership of its Board for the next three years, re-appointing the four existing members for a second three-year term and appointing a new Board member, Cllr Keith House, who brings valuable experience as an elected council member and leader.

We started a significant restructuring and cost reduction exercise during 2017/18, to ensure the company is fit for purpose in the context of its responsibilities and objectives from 1 April 2018. This programme of work will be completed during the calendar year 2018, reducing staff numbers, aligning skills and experience with the company’s remit and reducing the operating costs that must be funded from audit fees charged to opted-in bodies.

We look forward to building on the progress outlined in this report, to managing the first year of the new national scheme and to working closely with all of our partners and stakeholders in the new local audit landscape. 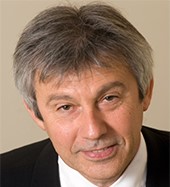 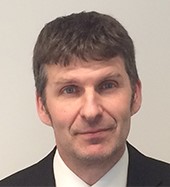 Back to top
Next »