PSAA was incorporated in August 2014 and began operations on 1 April 2015, when the then Secretary of State for Communities and Local Government delegated to the company on a transitional basis a number of statutory functions relating to local audit, following the closure of the Audit Commission. Under this delegation, PSAA has been responsible for appointing auditors and setting audit fees for bodies subject to audit under the provisions of the Local Audit and Accountability Act 2014, and for making arrangements for housing benefit subsidy claim certification. The majority of these transitional responsibilities came to an end in early 2019.

In June 2016 the Secretary of State specified the company as an appointing person under the provisions of the Local Audit and Accountability Act 2014. This means that for audits of accounts from 2018/19 PSAA appoints an auditor to eligible principal authorities (councils, local police bodies, fire authorities and other local government bodies) that have chosen to opt into the national auditor appointment scheme developed by the company. At 31 March 2019, 486 of the 497 eligible bodies (98 per cent) had opted into PSAA’s national auditor appointment arrangements for 2018/19. Bodies remain in the scheme for the specified appointing period. The current appointing period covers audits of the accounts for the five financial years 2018/19 to 2022/23. 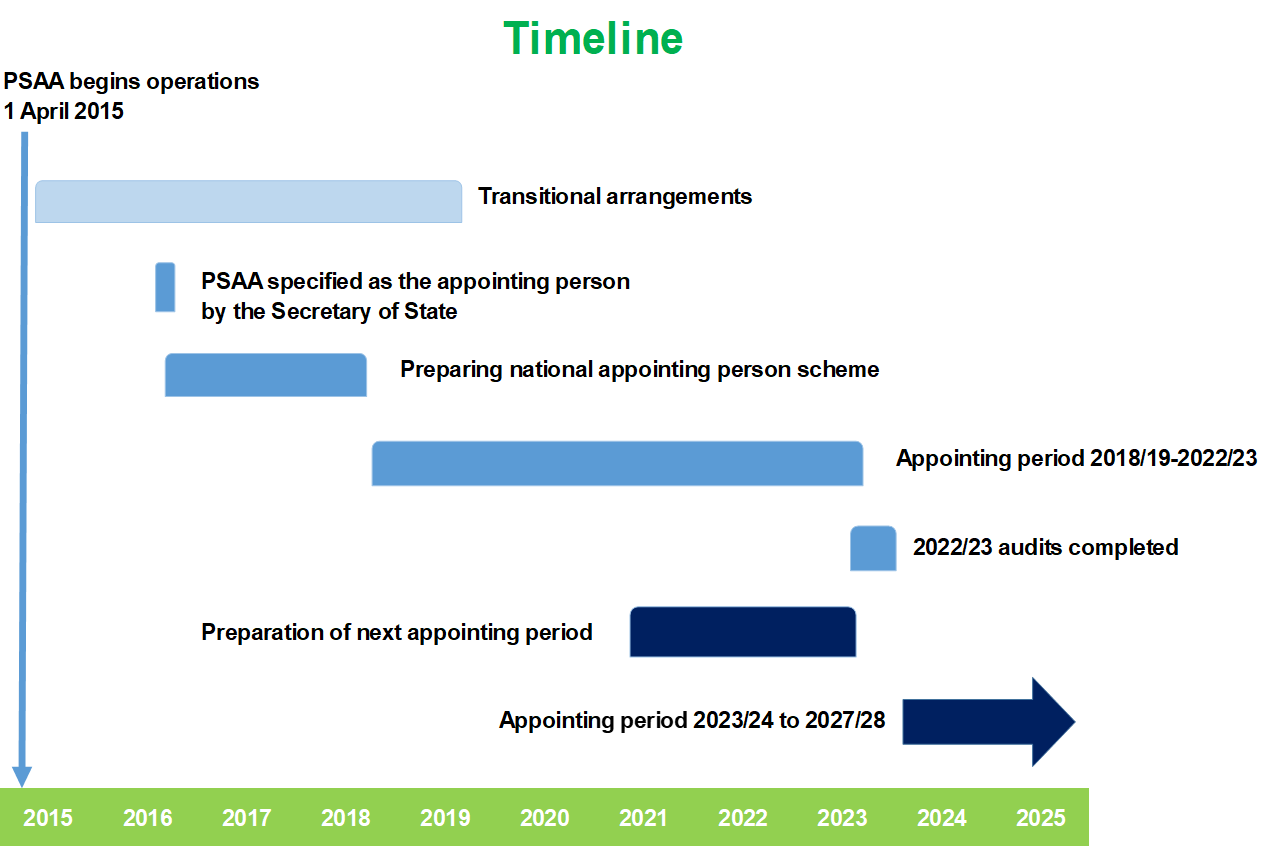