PSAA is responsible for appointing auditors to local government, and police bodies, for setting fees, for making arrangements for the certification of housing benefit subsidy claims (not from 2018/19 onwards) and for helping to ensure a smooth transition to the new audit regime established under the Local Audit and Accountability Act 2014.

The company is limited by guarantee and has no share capital. The principal members of the company are set out in Note 16.

The financial statements have been prepared on the going concern basis. The government extended the transitional audit arrangements for principal local government bodies by one year to include audits for 2017/18. The transitional arrangements are substantially complete (a small number of legacy issues remain), and we will operate mainly under the appointing person regime for the five years from 1 April 2018.

Scale fees belong to and are set by PSAA. For administrative convenience, PSAA requires audit firms to bill audited bodies on its behalf and to act as its agents to collect fees. PSAA invoices firms at the scale fee adjusted for the firm’s agreed remuneration. Firms are required to update quarterly work in progress returns with the amount of work they have completed in the quarter to establish the percentage complete. The revenue received by PSAA is to cover directly the costs of the auditors and the operating expenses of PSAA. If at the end of the period there is a remaining surplus or a shortfall, as a result of expenses being over or under-estimated, revenue is adjusted to the actual amount receivable from the audited bodies and payable by PSAA in total. Surplus funds are repaid to the audited bodies the surplus was generated from; however, the repayment date and method are to be determined by the Board. Until a decision is made to return specific funds, all potential surplus funds are shown as a liability in the form of deferred income, as PSAA has a constructive obligation to repay the funds. Once a decision is made by the Board to return specific funds the amount outstanding at the year-end is shown as creditors.

ii) deferred income at nominal amount. Amounts falling due after more than one year mainly represent potential surplus fees to be repaid to audited bodies at a future date. The potential surplus fees will be repaid in accordance with a formula which will be agreed by the Board during 2019/20, therefore deferred income falling due after more than one year is also reported at nominal amount;

iii) trade and other payables at their nominal amount;

iv) short-term financial assets, cash and cash equivalents are held by the LGA on PSAA’s behalf in line with PSAA’s treasury management policy. These balances are pooled and deposited in accordance with the investment strategy. These are measured approximate to their nominal fair values because of their short maturity period. 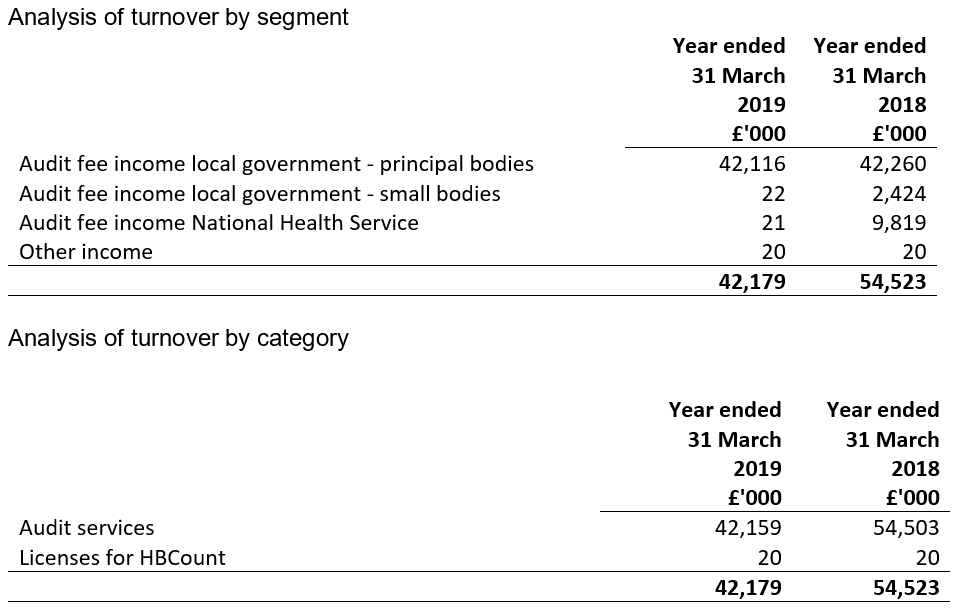 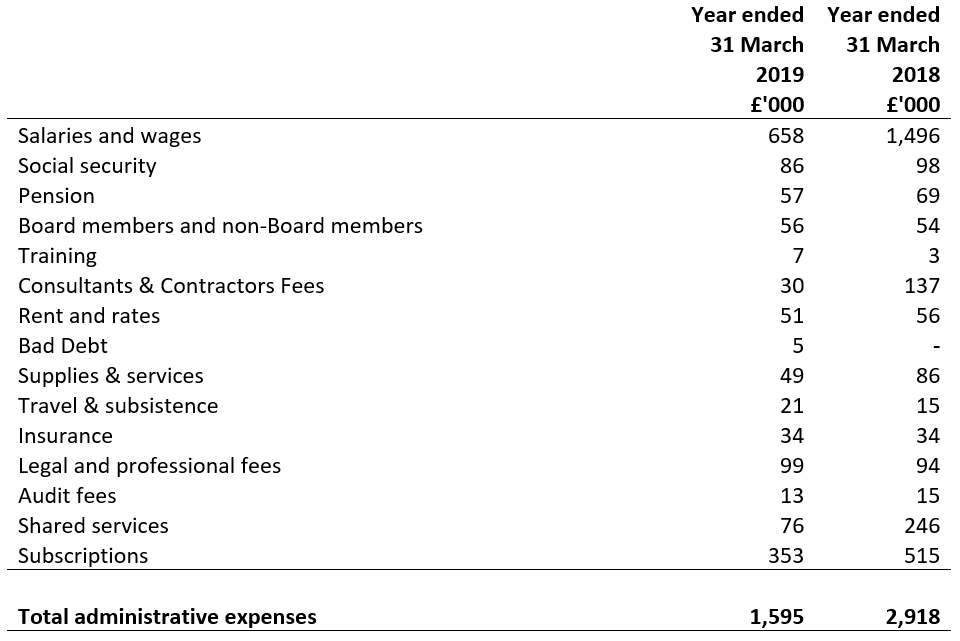 The above table includes administrative expenses in relation to our appointing person functions as shown in the table below: 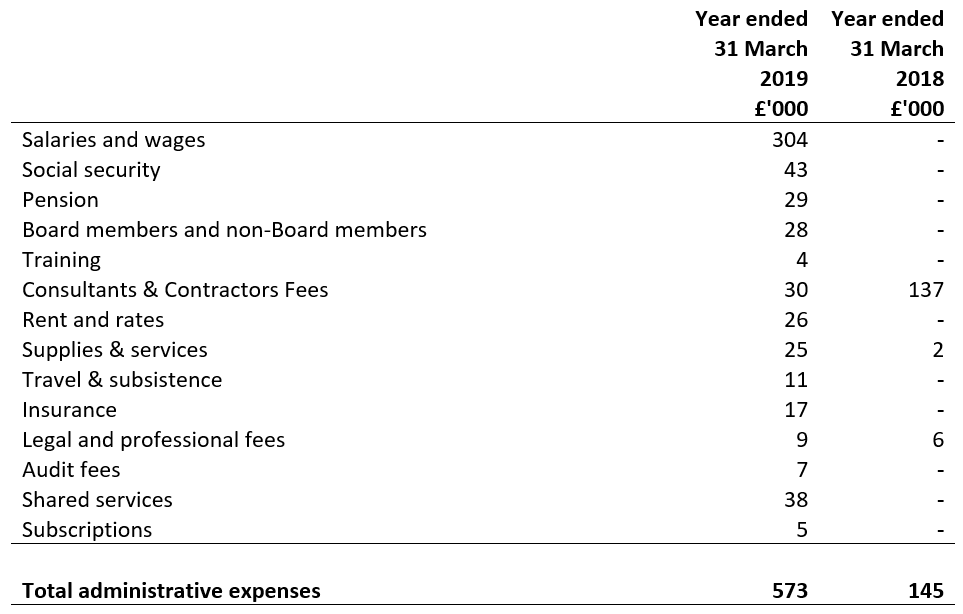 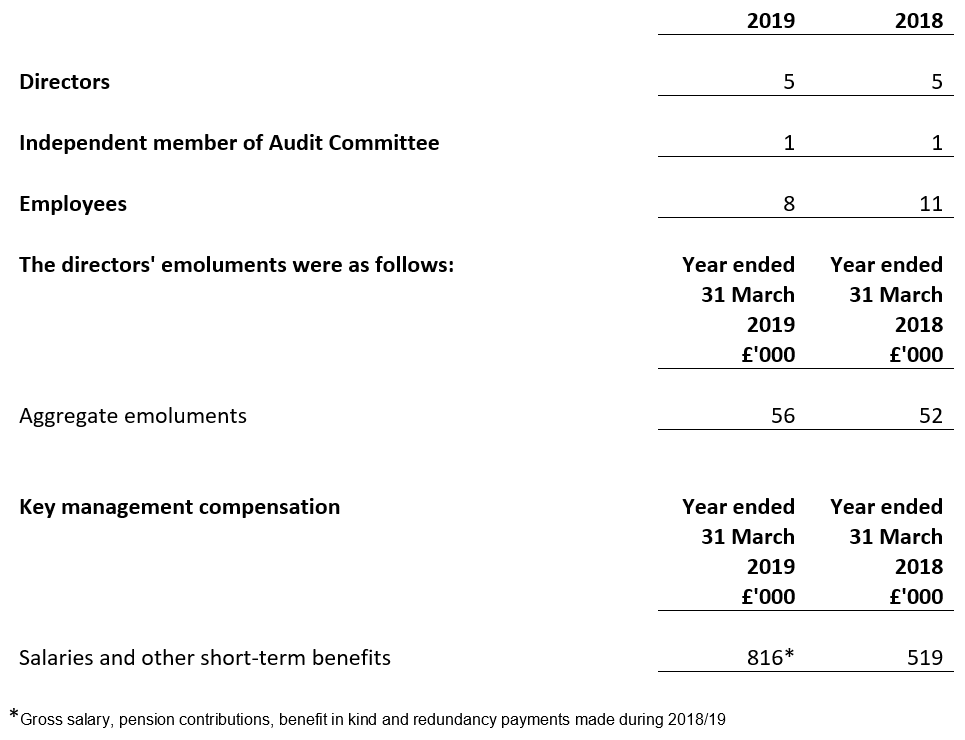 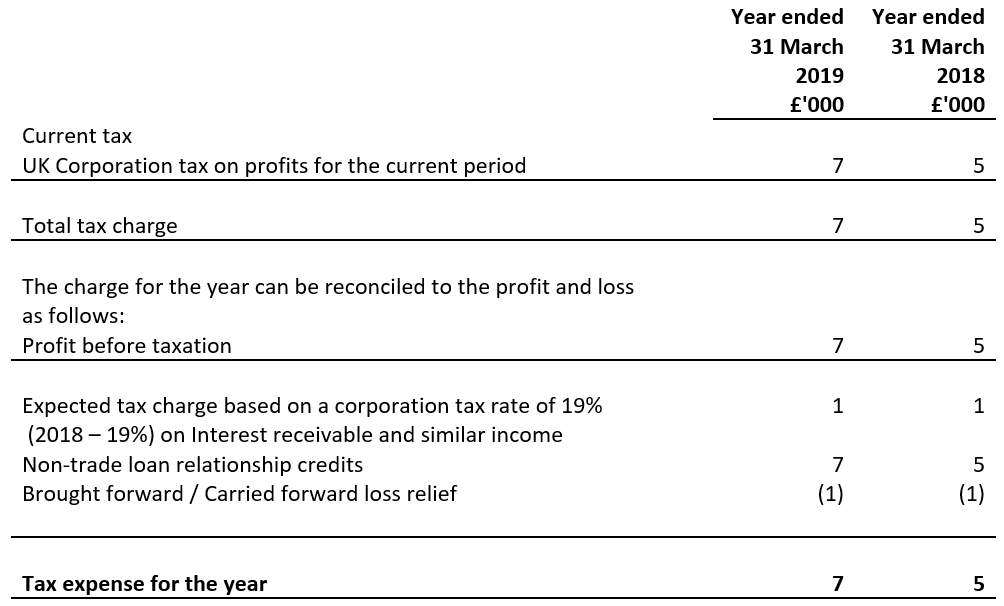 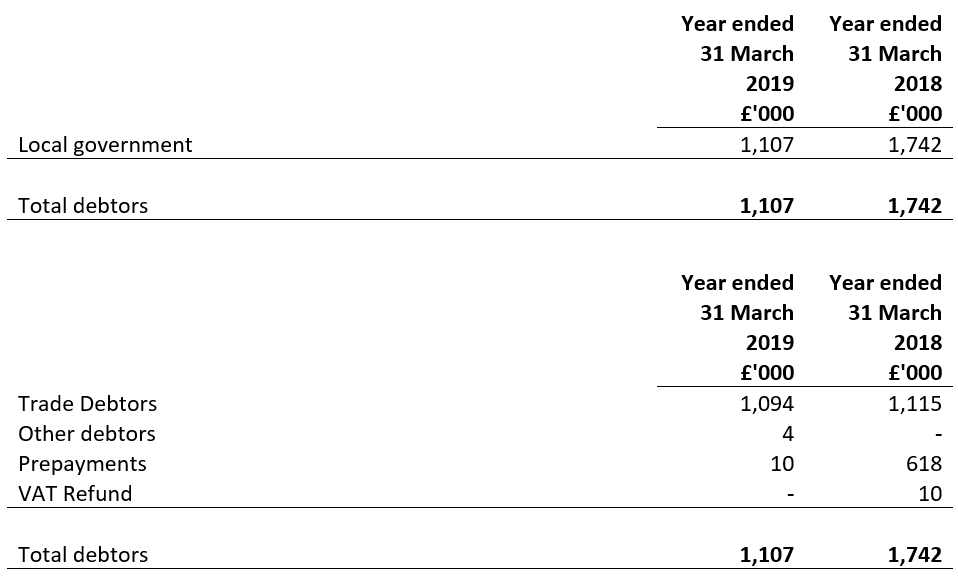 No debtors were over 6 months old. 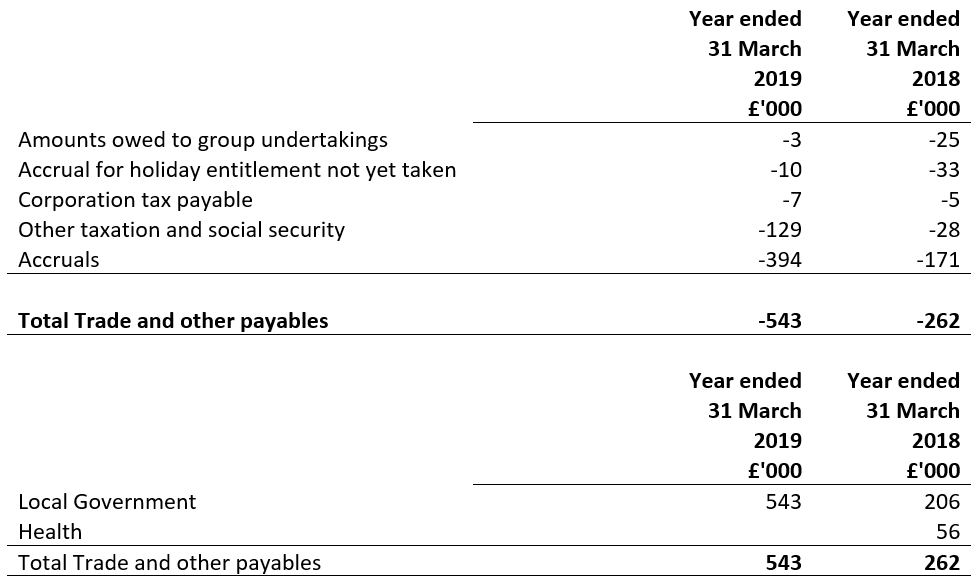 £1.743m of the £2.643m deferred income falling due after more than 1 year relates to the transitional arrangements and £0.900 relates to the Appointing Persons regime. Once it is clear the money is not required to meet PSAA costs the funds will be returned to audited bodies, in accordance with a formula to be agreed by the Board (as explained in note 3f and 3h above).

There are no provisions in 2019.  In 2018 a provision of £666,000 was included for the redundancy of six members of staff, which took effect in this financial year.

The IDeA and the LGA are treated as related parties in these accounts in the interest of transparency. During the year PSAA received services from the LGA, such as IT, HR Finance support and accommodation, the total value of these services was £138,959 (2018: £187,075). To date PSAA has paid a total of £136,069 in this financial year. £2,890 is owed by PSAA to the LGA.

During the year there were no related party transactions carried out either by Directors or the management team (the Chief Officer, Chief Executive and four senior managers).

At the end of 31 March 2019, PSAA had no contingent liabilities.